The number of patients requiring rehabilitation after COVID-19 has been increasing lately. In August, Neurosoft together with Reshma health center initiated a study aimed at assessing the effectiveness and safety of peripheral magnetic stimulation of respiratory muscles in such patients.

The idea of using magnetic stimulation occurred due to the fact that some COVID-19 patients develop post-recovery complications: most commonly pulmonary fibrosis or respiratory muscle function impairment. The obvious solution to this is exercising. But patients are often too weak and incapable of even a little physical activity. Electrical stimulation might be helpful but it has a number of limitations: it is very difficult to ensure contraction of large muscle groups and even more difficult to stimulate deep muscles (such as the diaphragm). Alternatively, magnetic stimulation can be used as it provides deeper penetration into the tissues and does not activate skin receptors making the method painless and non-stressful. 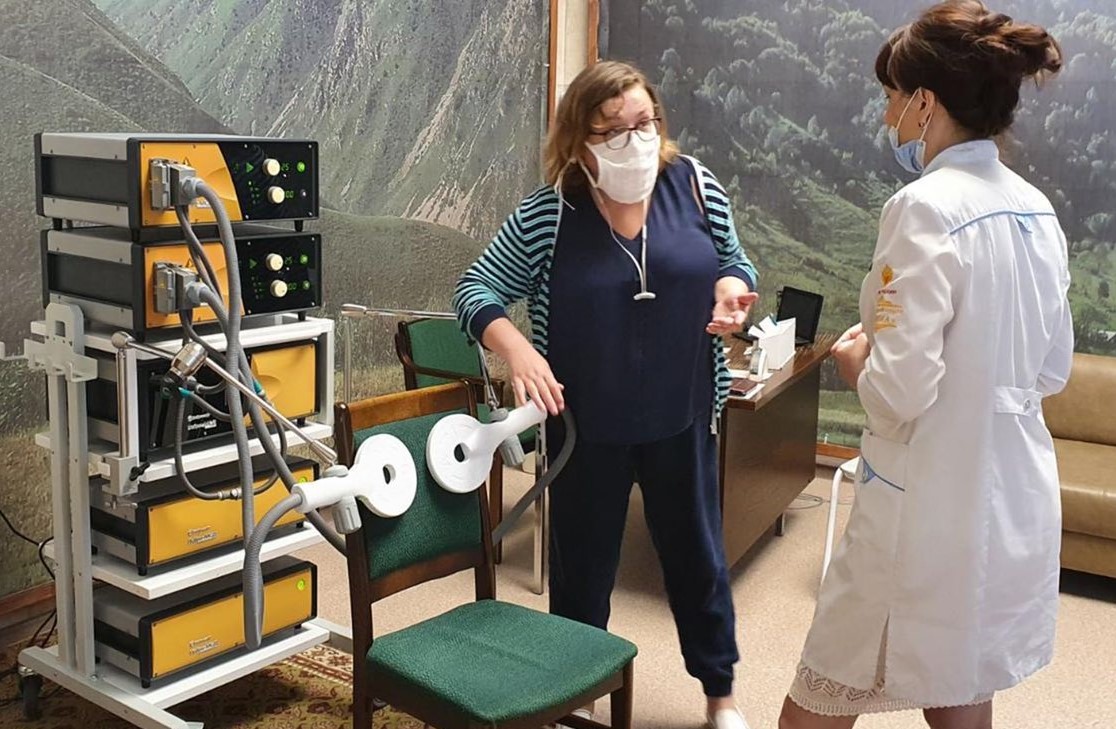 Neurosoft specialists have developed a system for peripheral magnetic stimulation of respiratory muscles based on the Neuro-MS/D magnetic stimulator. Since August, this solution has been helping the patients of Reshma health center breathe freely. By now, it is more than 100 people who received treatment using this technique. As a result, the exercise tolerance (measured as the number of steps walked in six minutes, the so-called “6-minute walk test”) has increased by almost 24% in patients after magnetic stimulation if compared to that 3%-improvement in patients not receiving such treatment. The same is reported about weakness which decreased by 55% in the group of patients receiving magnetic stimulation and by 20% only in non-stimulated patients. In general, patients note a good tolerance to the treatment, improved mucus clearance, and the ability to breathe deeply.

Here is the feedback of the patient who received rehabilitation treatment after COVID-19 pneumonia: “When I came to the health center for rehabilitation I had tachycardia and shortness of breath even at light physical activity. Just after the first session tachycardia improved and after the course of 10 sessions I noticed a significant reduction of other conditions including shortness of breath, weakness, and sweating. The treatment itself did not cause any discomfort or pain. I didn’t have any problems with saturation like some other people in the center who noticed an improvement in saturation as well. Of course, it was the combination of treatment procedures that worked out, but I think magnetic stimulation is an excellent method for the rehabilitation of patients after pneumonia."

The same system was placed in one more Reshma center. So the study continues.

Anna Maslyukova, Ph.D. in Medicine, Neurosoft Medical affairs manager, TMS clinical application specialist, investigation supervisor: "Our research data has already been reported at three conferences. We also plan to give an overview of the obtained results at the 4th Russian Congress with international participation “Physical and Rehabilitation Medicine” to be held in Moscow on December 17-18. Our colleagues from Perm and Indonesia showed interest in the research and it might be possible to organize an international multicentre study." 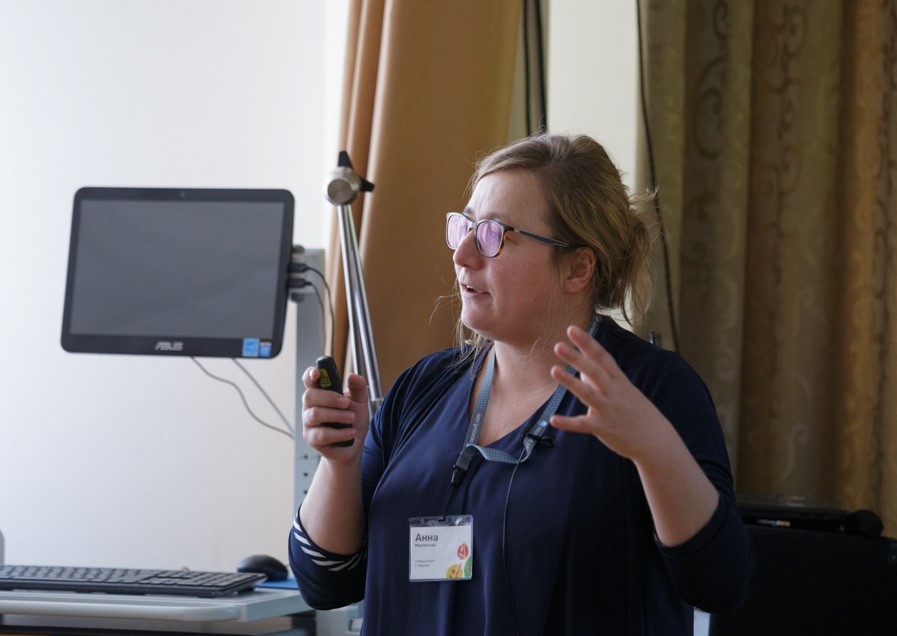